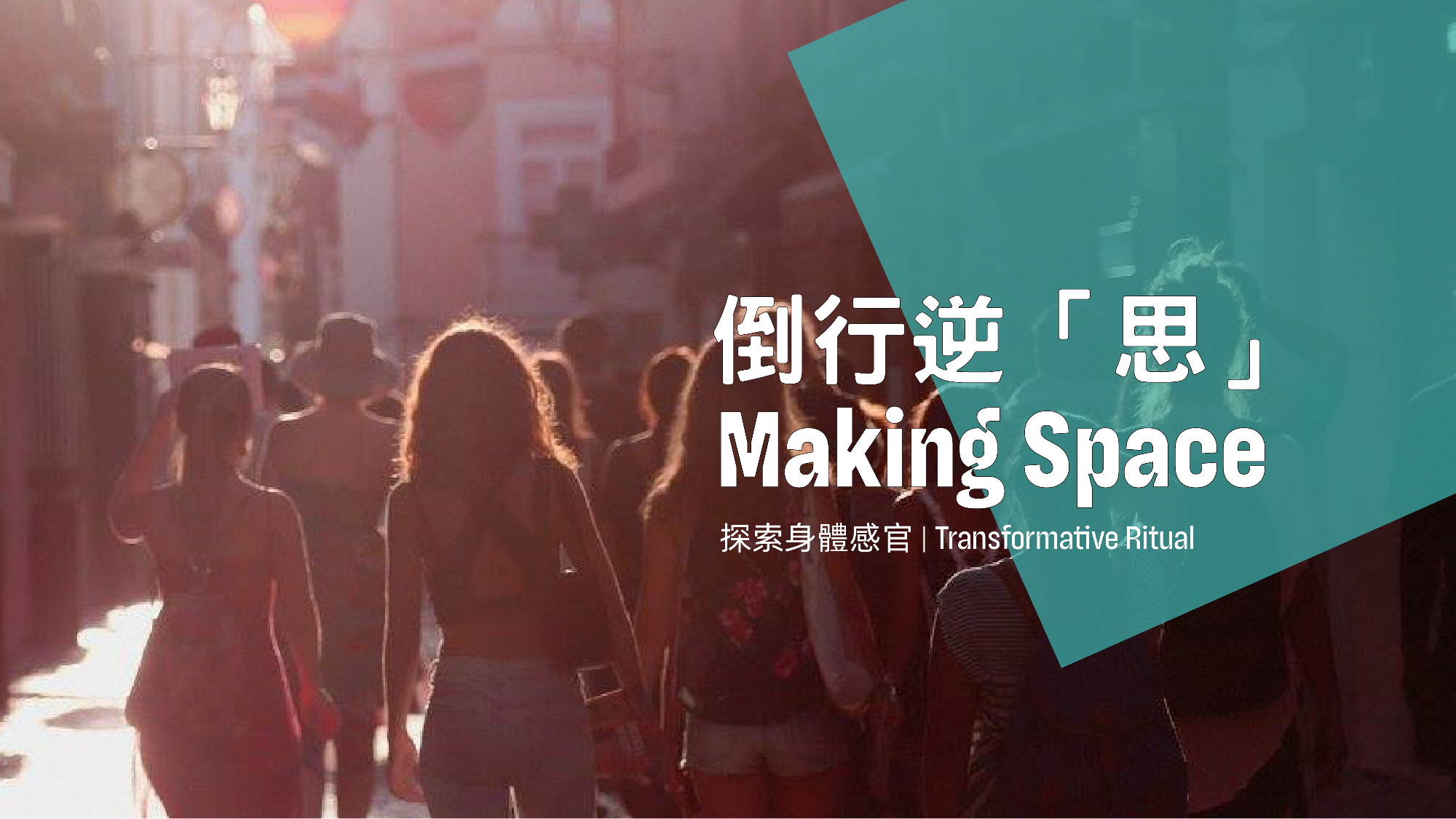 Making Space is a simple ritual, as well as an action. It is the culmination of Portuguese choreographer Rita Vilhena’s research on audiences’ participation in rituals as performance and the body as culture. Originally conceived as a backward-walking ritual from Tai Kwun to the Hong Kong Zoological and Botanical Gardens, the Hong Kong version of the work aimed to question the role of the body in a capitalist society:  will our bodies be made redundant if they refuse to participate in the cycle of consumption? How different will our city become if the forward motion that we’ve been too accustomed to is contradicted?

In this online reincarnation of the programme, Portuguese artist Rita Vilhena will share how the walking backwards ritual has transformed from one city to another. Excerpts of an online workshop in Hong Kong that she conducted in September 2020 will also be shown, in which she discusses where the artwork came from, and where it is going to.

Rita Vilhena (Portugal) is a choreographer and researcher on dance and movement interested in the body as culture and sacred place, as well as the idea of intuitive transformation and participation. She has performed for professionals in Danshuis Station Zuid Tilburg and at several international festivals. As a dance teacher, she has taught contact improvisation in Lisbon and Amsterdam, as well as at the Modern Dance Theater School (Amsterdam), the Arnhem Dance Academy – ArtEZ and Dansateliers (Rotterdam). She established the Baila Louca Foundation (Rotterdam) in 2005 and is currently working as a researcher at the Instituto de Etnomusicologia – Music and Dance Studies Center, FMH pole. Vilhena has a master’s degree in performing arts (FCSH), a bachelor’s degree in dance (CODARTS) and a degree in dance (ESD).
www.ritavilhena.com www.bailalouca.com

Lai Sim-fong (Hong Kong) graduated with a Master of Fine Arts in Theatre Practice at the University of Exeter, studying the psycho-physical approach under Phillip Zarrilli. She also studied German, cultural studies and art history at the Chinese University of Hong Kong, Freiburg University and University of California, Berkeley. She has presented her work in Liverpool, Manchester and Poland. Since 2014, she has been working as a dramaturg in theatre and contemporary dance. Her past productions include: Red and Attempts on Her Life (Hong Kong Repertory Theatre), First Documentary Theatre Festival (Pants Theatre Production) and the Hong Kong International Blackbox Festival. In 2018, she was an assistant to the director of German theatre group Rimini Protokoll during its preparations for the production of Remote Hong Kong at Tai Kwun.