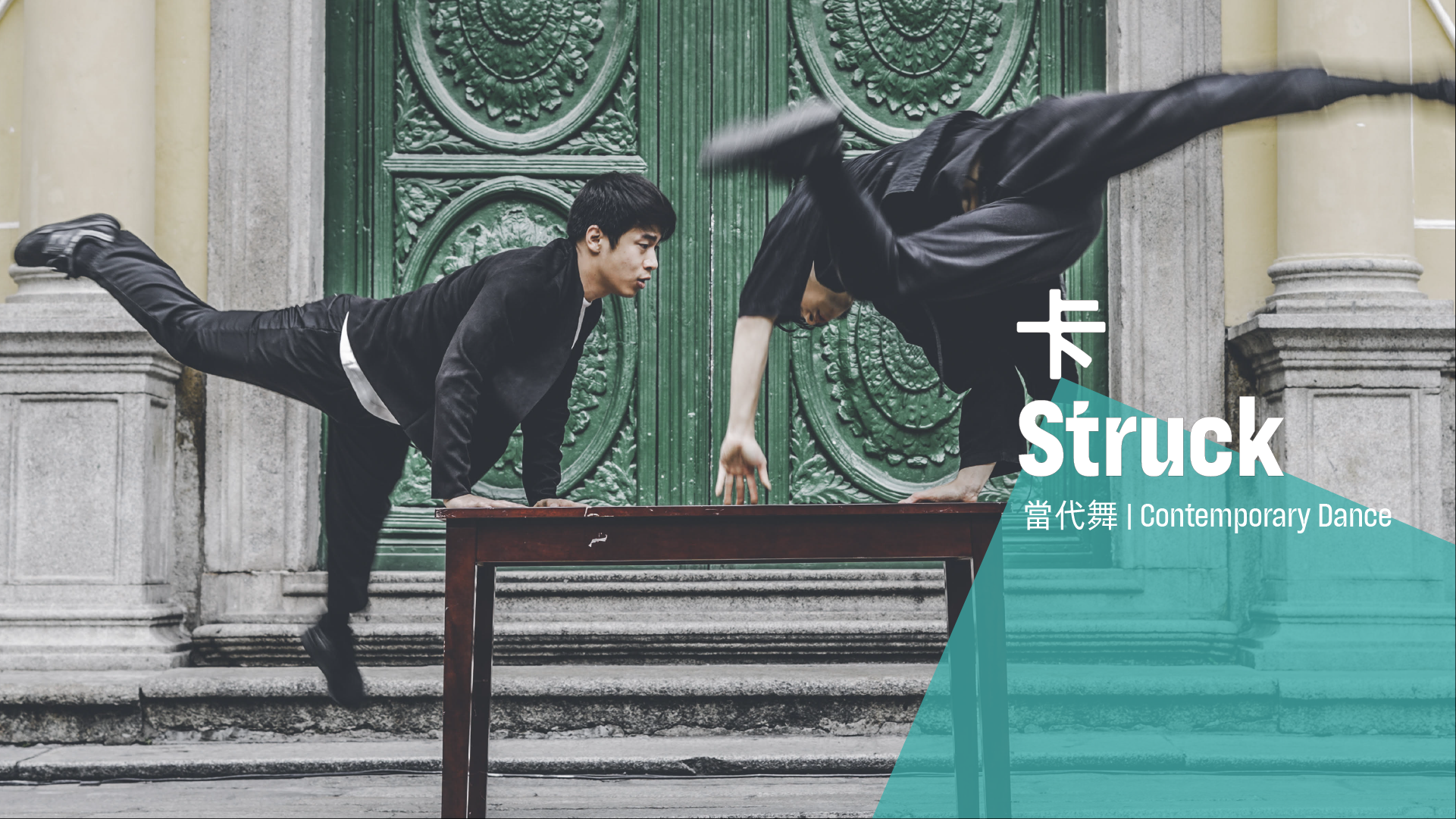 Two young men put a table on their heads, reflecting on the meaning of life…

Combining martial arts, parkour and contemporary dance, Struck was originally conceived as a series of pop-up performances around Tai Kwun for unexpected encounters with the audience during the 48th HKAF last February. When their “table-on-the-head” loitering at Tai Kwun is captured on screen, it tells a different story in the style of Italian Neorealism.

Li Tuokun (Hong Kong) graduated from Guangzhou Art School and the Hong Kong Academy for Performing Arts (HKAPA) in 2014, majoring in Chinese dance. After graduation, he represented the HKAPA at exchange performances in Vienna and São Paulo. He has danced for Sportscene, Hong Kong Dance Company and Dance Drama Hong Kong. Li is now an arts administrator, an independent dancer and a martial arts practitioner.

Soames Lee (Hong Kong) joined the Hong Kong Parkour Association in 2011. He has incorporated a variety of styles in his performance, including parkour, tricking and capoeria. Since 2012, he has performed on many different platforms and in many sectors, mostly in contemporary dance, street dance and drama. As one of the founding members of TS Crew in 2016, Soames has participated in many contemporary dance and contemporary circus performances in Hong Kong and around the world. He left TS Crew in 2019 to pursue his acting career. In addition to being a performer, Soames is also a sponsored athlete of the PKFR.World and has participated in many parkour international events.